DOMINIKA CIBULKOVÁ AND CHANGE OF RESIDENCE 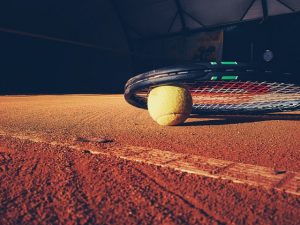 In a recent Forbes interview, Dominika Cibulková said she is considering changing her residence due to health and social welfare. This represents a radical change compared to the end of 2016 when she did not consider optimization. The reason for this change of opinion may be the fact that the Slovak Government has adopted amendments to the Act on Social Insurance and Health Insurance, which, especially in the case of health insurance, dramatically aggravates the status of well-earned natural persons in Slovakia.

Appetite for tax and tax optimization are generally conditioned by three basic factors:

1. the amount of the tax-deductible burden

In the case of Dominika Cibulková, the limit of the attitude change is probably the amendment to the Act on Health Insurance, which in her case may mean an increase in the cost of health insurance by thousands of percent.

2. neutrality of taxes and levies

The neutrality of taxes and levies is a desirable condition in which, in the ideal state, economic operators decide without the fact that their decision is in any way influenced by tax or levies consequences. In the case of Dominica Cibulková, however, given the type of income and the amount of time spent outside Slovakia, absolute neutrality cannot be achieved. The reason is that she can decide to change her tax residence anytime, for example, in favour of Monaco.

3. efficiency of public administration and the quality of public services

In theory, levies are theoretically different from taxes in their directness. In the case of health insurance levies, the insured person knows that he is paying for health care, and that social security levies work to a certain extent, which is reflected, for example, in the case of sickness insurance benefits or the amount of the pension. Assuming that an insurer, such as Dominika Cibulková, does not use public services in the state of health care, the insurer can perceive the drastic increase in health insurance levies very sensitively.

Would you like to know more about our company or about one of our recent notifications? Do not hesitate to contact us: